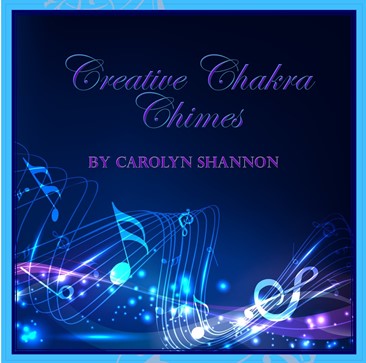 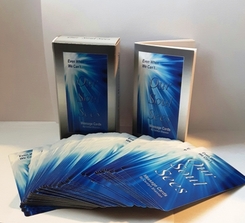 USING THE TOOLS “GOD” GAVE ME

Believe it or not one part of my life journey that assisted in developing a strong trust in my intuitive “gut” feelings was being stalked.

It happened soon after I went to the “White Witch” for a reading.  It was a birthday present I was giving to myself.

A few months before this a reader had been arrested in Kingston for fraud because she was telling people they would be robbed or assaulted and they would be…by her son.   So when I arrived for my reading to find a young man, who turned out to be her son, sitting in the front room I began to wonder if I should have come alone.

The reading was going along rather well and I began to relax until she told me to be very cautious because a man I had met was stalking me and could attack me in the future.  While it scared the “beep” out of me on the inside, I looked her in the eye and heard myself say very emphatically, “GOD HELP HIM!

The stunned look on her face still brings a smile to my face as I repeated, “God help him… the minute he touches me he is going to unleash all the old anger I have been holding inside… God HELP him.” Satisfied I had made sure her son wouldn’t be following me home I actually left feeling stronger than I had in a very long time. (I had no idea where that came from only that if it was her son, which it wasn’t, I would scare the “be-jeebers” out of them both)

It wasn’t long after that that I realized how accurate she had been.  While it was over a year before I knew who it was for sure, and there were many moments when I felt vulnerable and afraid, my determination to hone my skills to “see in the dark” and stay one step ahead of him gave me strength.

I lived alone and the police officer who came to take a report on incidents happening at my home told me it was to be expected because I was a teacher.  So after my initial bout of hysterical ‘why me s’ and anger at being a caged animal in my own home I actually began to become very comfortable walking around in the ‘dark’.

How did I do it? I opened the door to The Angels of the Light, asking them to guide, protect and sharpen my awareness.  I dumped my fears, anger and anxieties onto paper  sealing them there and once I was sure who my stalker was, I drew myself under a veil of invisibility where I could see him but he couldn’t  see me and then another drawing of him being blown away from me by the wind.  I did a daily tarot card reading and any time the knight of swords reversed showed up I was doubly aware of my surroundings and anyone around me.

So much so that I actually took him on a wild goose chase with my car before pulling up to a friend’s home, calling on her to bear witness as I got out of my car. It took him completely by surprise when he found me standing in the middle of the street with my hands on my hips smiling at him and mouthing the words, “Gotcha!”

Once he got over the shock he backed up and drove off and only after I was safe in my friend’s home did I have a nervous release.

All the incidents ended after that and I have only seen this man 3 times since:

Once when he came to the school I worked at to get some papers from the admin (I walked behind him without him even being aware I was there); at the plaza close to where I had moved, where he was friends with another student of mine (I was walking towards the plaza wondering what I should do first, shop or continue on my walk. Suddenly it felt like I walked into an invisible rubber wall. I stood still and my third eye zeroed in and magnified his profile as he was just parking his car. So I turned, went for my walk and by the time I came back he was gone); and finally at a shopping centre where I had a booth (I stepped into his space before he realized it was me, looked him directly in the eye and then sold him one of my books (figured he owed me at least $20 for all the aggravation he put me through).

Once I knew who it was that was stalking me I no longer was afraid. He would never have physically harmed me. It was all about creating a fear in me so that he could rush in and be my protector and I had proven to both him and myself that I was quite capable of protecting myself.  I found my ever elusive White Knight residing within me. A life lesson I now treasure.

I believe knowledge is power, experience is essential and true wisdom comes from a combination of the two. There are some life situations that we may have to experience and may not have control of, yet we always have the choice of staying caught up in the drama or praying to the God of our choice for clarity and guidance … then quieting our mind long enough to hear the answer. Learning to trust your gut and opening the gift of intuition can truly set you free.